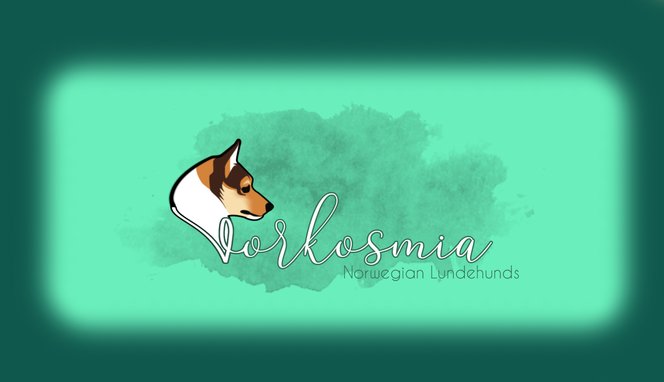 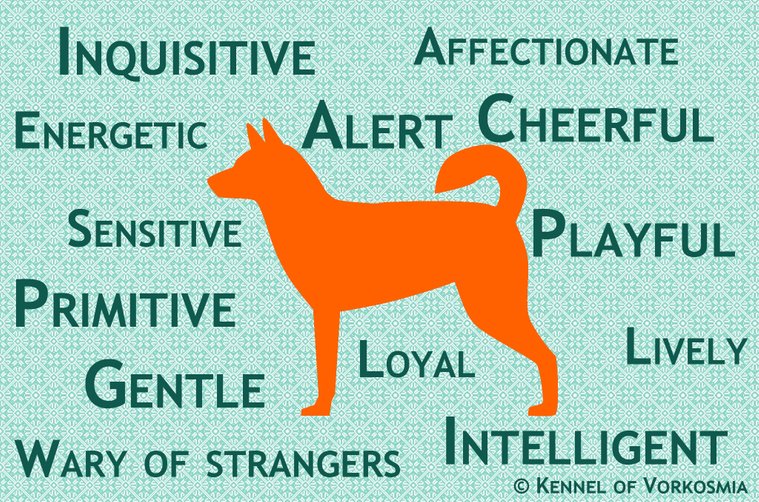 Lundehunds are cheerful, alert, inquisitive, watchful and sometimes stubborn little dogs that make wonderful companions when placed into the right homes. Long-time Lundie owners treasure the breed’s intelligence and playfulness. These are free-thinking dogs that can be quite independent. Some Lundehunds are wary of strangers, although they are not known to be aggressive even when challenged. Generally, they are fun and easy to live with. Lundehunds get along quite well with children and other animals, especially when they are well-socialized from puppyhood.

Early and extensive socialization is important for this breed. Lundehund puppies should be exposed to loud noises, unfamiliar people, animals of all ages and types, unusual environments, cars, motorcycles, new and potentially scary situations and as many other stimuli as possible starting at a young age. Lundehunds that are not well-socialized tend to become shy, hypersensitive to sounds and easily stressed by unfamiliar situations. It can be difficult to undo these traits once they become ingrained.

Lundehunds are high-energy animals that love to participate in almost any outdoor activity. Lundehunds are especially happy when they can play and explore outside, with plenty of opportunities to find and proudly retrieve unusual treasures for their owners. They enjoy taking long walks and trips in the car. They like romping in the park and strolling along sandy beaches. They love to explore new terrain. Lundehunds are athletic, active and extremely agile, making them excellent hiking and backpacking partners. They excel at canine sports that require speed, intelligence, discipline and precision. Lundies can be escape artists, which makes a safe, secure, well-fenced yard an absolute requirement for owners of this breed. Regular exercise and a loving home environment are important for the Lundehund’s long-term physical and mental well-being.

Training Lundehunds can be challenging. These are smart animals that usually understand what their owners want them to do. However, they often choose to do something entirely different. It takes a great deal of patience, an arsenal of tasty treats and a good sense of humor to work with this breed. Lundehunds do not respond well to rough treatment, loud commands, harsh corrections or unrealistic demands. Their training should emphasize consistent, kind but firm positive reinforcement (like clicker training) rather than punishment. Lundies have long memories and can hold a grudge. In many ways, they are more like cats than dogs and lack the normal canine “eagerness to please.” They are much more likely to be obedient if there is something in it for them, like a moist morsel of cheese, chicken or steak. Bribery works well with this breed.

Lundehund owners should keep training sessions short, realistic and fun. The same lesson should be repeated until the dog "gets it". While a well-trained Lundehund usually will come when called, the owner may have to recall it several times and be willing to accept a number of unexpected detours as it makes its way back. The good news is that with patience, praise and a positive attitude on the part of owners, Lundies can and will learn the manners and basic obedience commands necessary to make them reliable family members.

The Norwegian Lundehund is a primitive breed that still shares some behaviors with wild canines like the fox and the wolf. For example, Lundies will collect and stash food in different places, as if preparing for winter. Because of their agility and unique anatomical features, there are few things that Lundehunds cannot reach, on kitchen counters or elsewhere. They have a strong pack instinct and thrive in groups - especially with other Lundies - as long as their owners allow them to sort out their own pecking order. Lundehunds have a strong prey drive and are inclined to pursue and pounce on anything moving and small. But they'll usually come back when you call them. During (unleashed) walks, they love to touch their owners every now and then, most of the times they touch the back of your knee with their nose.

Lundehunds are tuned-in to whatever is going on around them and tend to react to changes in their surroundings. They will bark at almost anything, and often at nothing at all. Lundies are protective of their homes and people, although they usually rely on barking rather than aggression to make themselves noticed. Some Lundehunds are apprehensive of strangers and unfamiliar animals. Early socialization can help temper this behavior. When raised with children, Lundehunds usually get along with them just fine. However, they can be intolerant of rough treatment. Children should be supervised when they are around Lundehunds or any other dogs. 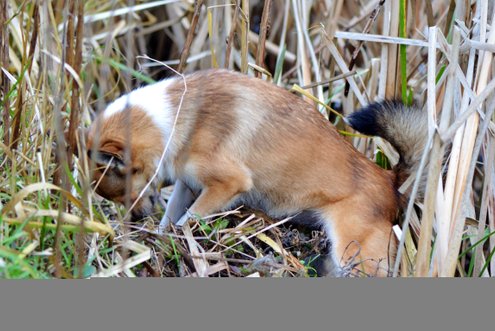 This breed loves to dig, likes playing with toys and especially enjoys carrying things in its mouth. These busy dogs do best in homes with lots of different things going on, so that their active minds stay stimulated. A bored Lundehund will find his own ways to amuse himself, usually at the expense of his owner's possessions and property.

Lundehunds can be difficult to housebreak. They tend to mark their territories, which usually includes urinating inside of and around their owner’s home. Potential owners of Lundehunds should anticipate that housetraining will take longer than it does for most other dogs and should accept the fact that reliable housetraining of this breed is rarely accomplished. Crate-training can help minimize household accidents, especially if the Lundie is crated when left unattended. Because of their strong den instincts, most Lundehunds enjoy their crates, as long as they are introduced to them in a positive rather than punitive fashion. Some owners find dog-doors to be helpful in the housetraining process, because they let the Lundehund go outside whenever it needs to do its business. Neutering helps minimize marking behavior by males. Still, anyone considering adding a Lundehund to their family should seriously consider whether they can live happily with a dog that may never be completely housebroken.

Another thing that Lundehund owners should keep in mind is that any changes in their dog’s behavior may be attributable to Lundehund Syndrome. Sometimes, symptoms of this condition are obvious, such as when a Lundie suddenly stops eating and drops weight, or when it develops recurrent uncontrollable diarrhea and vomiting. Other times, the signs are more subtle. For example, the Lundie may stop jumping onto its owner’s bed or leaping into the car, or it may be reluctant to go on routine neighborhood walks. This may be attributable to muscle-wasting weakness in its hind legs due to the nutritional deficiencies caused by Lundehund Syndrome. When a Lundie owner notices changes in her dog's behavior, it probably is worth a quick trip to the veterinarian to have blood and fecal samples analyzed for the presence of Lundehund Syndrome.